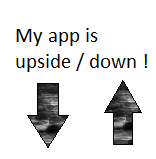 Metro applications and windows 8 is designed to be runned on a PC. This is even better if this PC is a tablet 🙂 (but an eeepc is too small)!
If the tablet has the required sensors, the application can detect its orientation and changes its layout to reflect it.

More over, the metro app can be used in fullscreen or in splitted mode. The last one is basically a way to run two metro applications side by side.

In this post we are going to see how we can detect this settings and follow their changes.

What is the splitted mode ?

The splitted mode displays two application side by side but each does not get the same aera to be displayed. One gets the four fith of the screen and the other gets only the last fith to be displayed. This enable scenario where you bring the main app in the main aera and a “note application” to in the small aera. What is interesting too is that the “small aera” stays displayed even if you changes the application in the main. This is as you were pinning an app.

In the screenshot below you can see visual studio in the main aera and the developped application in the small aera on the right. There is a green bar on the middle which you can drag to decide which application you want to be the ‘main’. 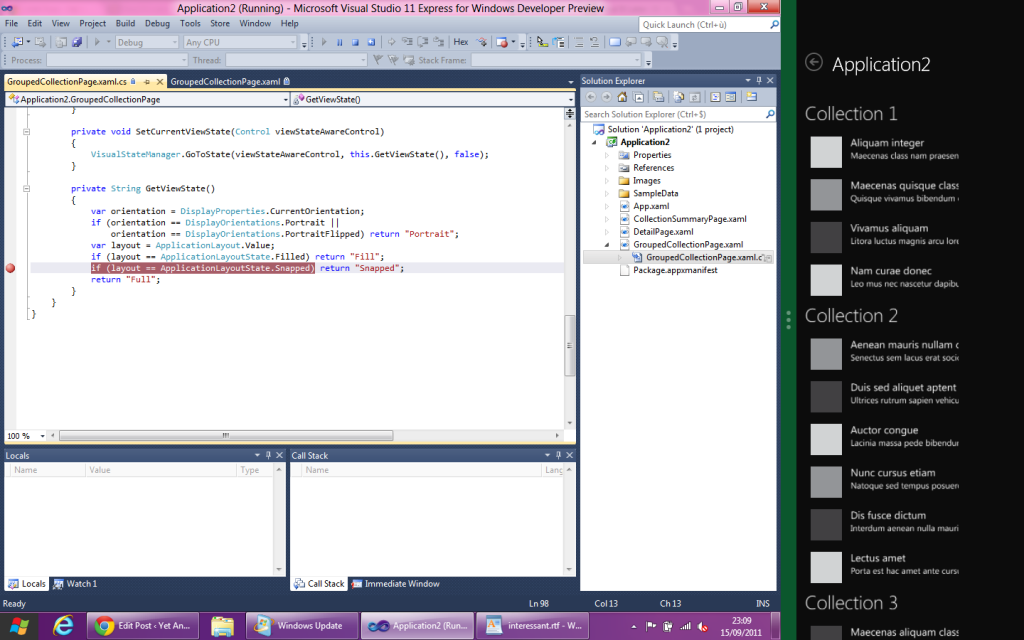 How to get the orientation and its changes ?

There is one class named DisplayProperties which exposes a static event named OrientationChanged. By subscribing this event you will be noticed of every change of orientation of the device. The current orientation is then available trough it’s CurrentOrientation property.

There is five orientation values :

How to get the layout state and its changes ?

This time, you have to use the ApplicationLayout class. It exposes a GetForCurrentView method which gives you the instance regarding the current view. This instance exposes then an event named LayoutChanged. You can then subscribe to it to be notified of the changes of the layout of the application.

Here is an example:

There is three layout states :

Funny thing: the framework swap the comments for the snapped and full screen mode.

As you can have seen, the code is straigthforward and easy to put in place !